The Alternate Reality and Getting things done.

One day I'm going to slip into a coma and wake up in a place where every person I've ever invented will actually exist.

Maybe something less serious. I'm not sure but I know for sure that Heydan, Grand Pa, Jiro and possibly Errol will look at me and decide that I'm dead weight or the villain. Steven and Malik might want to control me. A-23 and Jeanie might just start spying on me. Deena might leave and take Geri and Laine with her and the rest will accept that I'm just a person stuck like them.

It's be Survivor in my brain. Minus the prize at the end.

The reason I'm even thinking about this is because I've been looking over the stories I started this past year.   I don't know if I'll ever get back to some of these characters until the time is right. I'd like to think that a few of them will pop up in a Friday Fictioneer short. I'd absolutely love to be able to revisit Jiro and Naomi to see what the gifts are bestowed on them next year. The point is that some of them deserve a second chance, in some cases maybe a first. 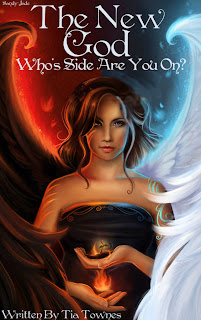 But most of all I want to finish The New God.

This November I did something that I previously never did. That was complete a novel. While Never Getting Laid Again was just a throw away novel for the NaNoWriMo challenge I actually finished it.  I spent exactly one day away from it then I decided that I didn't like the ending. Technically that means that the novel is once again unfinished, but it was for at least a day. I'd like that same opportunity with The New God.

I want to reach a point in every novel I write where I can sit back sigh and say: Lets do some editing. I'd especially love it for TNG. That was the book I set my heart to finishing before I die. But I'm not going to stop everything because I seemed to have lost my place in TNG.  I proved I can immerse myself in something else. If that something else becomes a published work then Yay for me.

In the mean time, let's all hope I never ever slip into that coma.
Posted by Unknown at 7:25 PM