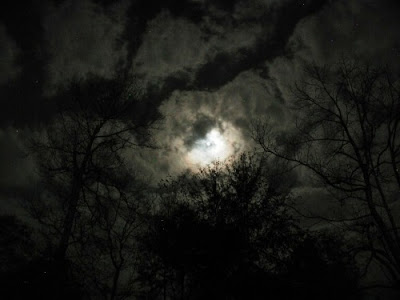 Flash Fiction was a beast this week only because I came up with not one but three stories. So here's what I'm going to do: Birthing is the story I'll officially submit for this week. Then on Saturday I'll submit the other two stories.


You'll enjoy the others if only because I bring back characters in both of them.


A Good Night For A Run - Grand Pa and "Boy" are back and as usual"Boy" is trying to remind Grand Pa once again she's a girl. Of course he's having no part of that.


What Are You? - Brings the return of my two jewel thieves Marta and Henry. Last Flash Fiction left off with Marta about to kill Henry. We'll find out how that worked out.


But enough of that, enjoy the story...


Clouds had rolled in along with the first contraction earlier in the afternoon. It was well past midnight when Kelvin stepped off the veranda. He lit a cheroot and paced the drive.

His wife began cursing him hours ago. He cared nothing about what she said. Each invective burst from her dry lips between gasps of pain. He could no longer watch her and do nothing.

When the clouds finally broke he lifted his tear stricken face to mother moon, begging with all his heart to keep her safe. He could care less about the child. It was her, he needed.

The midwife exited the house shortly after the moon disappeared. She nodded slowly to Kelvin then returned to the dark house. He was a mask of granite until the door closed.

He turned to the woods and never looked back.

Check out the Friday Fictioneers on Facebook or #FridayFictioneers on Twitter, also feel free to blog hop starting with Madison Woods blog.